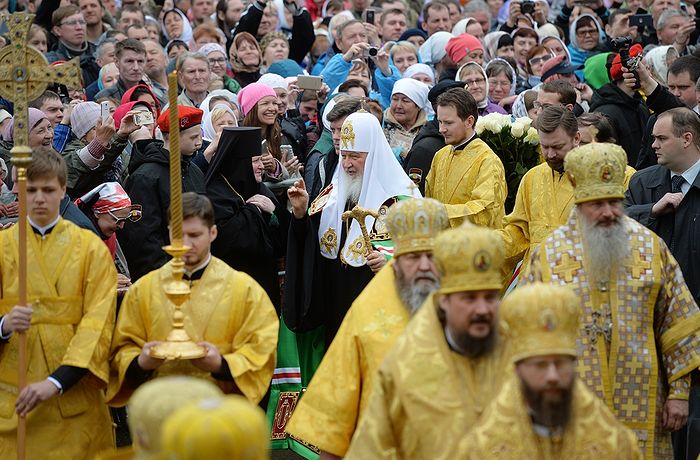 Look at all those long beards!  Muslim lovers! 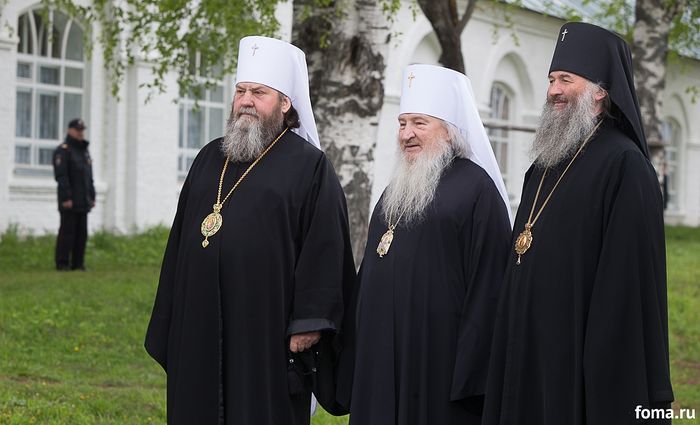 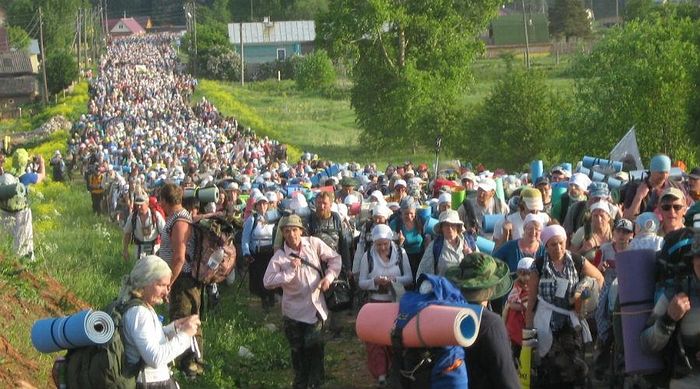 Look at that swarm of Russians!  Don’t let the civilian clothing trick you:  They are training to invade the Baltic countries! 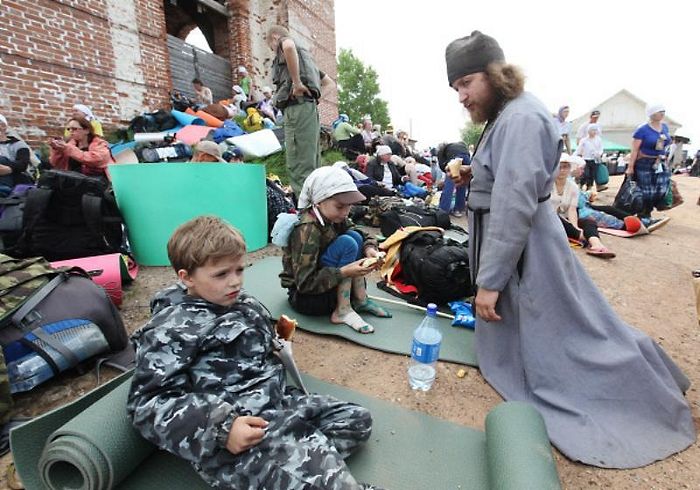 TEH kiddie SPETSNAZ!!  Ready to hack into the ‘Murcan education system to give your kids D’s and F’s on their report cards!! 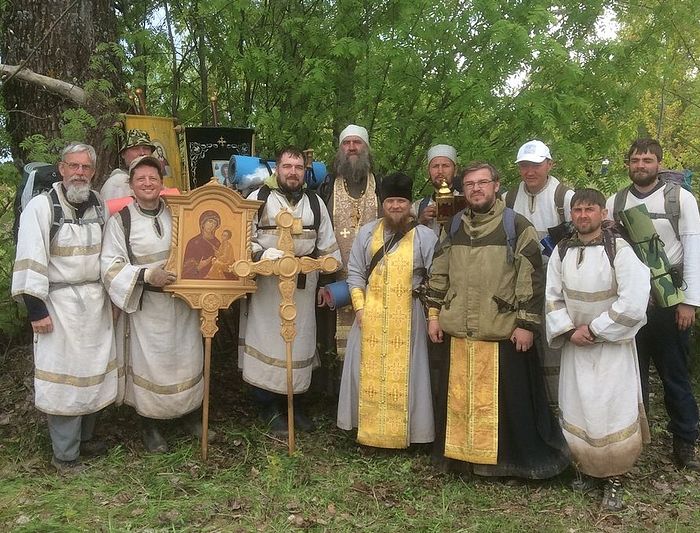 Any good Evangelical knows that icons are demonic. 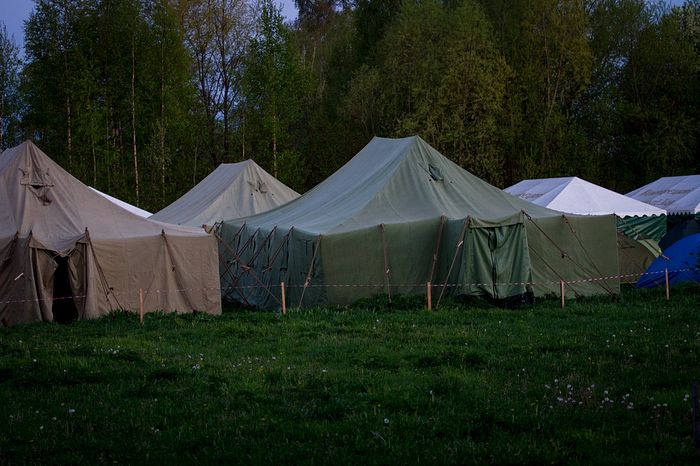 America is the ultimate target!  Look at them scheming in their tents!  All your base are belong to us.

This is the view of Russia that the globalists at The Weekly Standard, CNN, NPR, National Review, etc. want you to believe.

Maybe, however, the Russians really do want to live the traditional Orthodox Christian life of the Holy Apostles and all the Holy Fathers (which their own forefathers received at Russia’s baptism into the Orthodox Church more than 1,000 years ago in 988 A.D.)  without interference from the demonically inspired, post-Schism West; without State Dept.- and CIA-directed color revolutions in the name of ‘constitutional values’; without Wall Street funded coups that fill the streets with violence and soak the earth with blood.

Maybe the people in these pictures really are pious Russians on pilgrimage, seeking closer union with the All-Holy Trinity, His honored friends the saints, and themselves.

Here is a bit of the article that these pictures came from (by Alexander Groves, a native Englishman):

The anxiety had been mounting for weeks, and now over breakfast on the first day of the Velikoretsky pilgrimage there was no escaping the feeling that I may have made a terrible mistake. I had seen a Russia Today short programme about the oldest, longest, and largest walking pilgrimage in Russia, how, although very much suppressed in soviet times, it was not only allowed, but now hugely popular. An inner feeling had developed that I wanted to experience this event and to be a small part of the religious revival in Orthodox Russia.

So, visas obtained, injections endured, and all manner of unaccustomed items bought—a rucksack, sleeping mat and foam-roll, and (I thought they might be useful) many packets of Kendal’s Mint Cake. Anyway, now, on this first morning there was no way out so we went, as arranged to the entrance of the Trifonov Monastery in Kirov where the procession was about to begin. 105 miles to go, in a six-day round trip.

Already the choir was singing the end of the Liturgy, and hundreds and hundreds of people were arriving—every minute more and more until, through the archway colourful banners, priests and the wonderworking icon of St. Nicholas proceeded off down the road. We had been adopted by Anastasia who was the English teacher to students at the seminary “you have a blessing to walk with us at the front” she had told me and then we jumped in to the huge stream on people as the choir continued to sing. In fact, the choir sang all week from three o’clock in the morning until we stopped in the evening—through the streets, the fields and the forests as we walked—all ages, all types of people, men, women, and children, priests and monks, nuns.

Many pilgrims wearing icons round their necks, some walking barefoot.

So the pattern was established—we walked for about two hours, then the icon stopped, a moleben sung, and thousands of people found a patch of field to unroll their mats, lie down for a rest and perhaps have some tea or a snack, then on out into the countryside and road which gave way to a path, and the path to mud and the mud to large path-blocking puddles.

The miraculous icon was found in the forest by the river Velikaya in 1383 by a peasant who saw it bathed in light as if surrounded by many candles. A small chapel was built, miracles wrought and pilgrims started to seek the aid of St. Nicholas. When the icon was later moved to the monastery in the regional capital of Kirov, it was on the understanding that each year at the beginning of June it would return once again to where it was found. Under communism the pilgrimage was officially banned and as late as the Khrushchev period anyone in even the smallest group of walkers heading there was turned back.

By the year 2000, the full route of the ancient pilgrimage was allowed, and now some 40,000 people walk and pray and sing and do so with what I can only describe as a deep sense of joyfulness.

May the Lord, through the prayers of the Most Pure Mother of God, help the South to know who her friends are.

Anathema to the Union!
Posted by Walt Garlington at 5:48 PM