It is reported that astrology/the Zodiac is gaining in popularity among the younger bairn-teams (generations), at least partly as a reaction against the mechanistic tech world in which they are all so deeply immersed.

But the problem is that they are jumping from one mechanistic system into another.  The Zodiac is as destructive of free will as the specialization, division of labor, repetitive work tasks, etc. that are the result of the triumph of technology.

For those willing to listen, here are a few words of warning from a Holy Father, St Basil the Great (+379), about the Zodiac:

5.  But those who overstep the borders,1582 making the words of Scripture their apology for the art of casting nativities, pretend that our lives depend upon the motion of the heavenly bodies, and that thus the Chaldæans read in the planets that which will happen to us.1583  By these very simple words “let them be for signs,” they understand neither the variations of the weather, nor the change of seasons; they only see in them, at the will of their imagination, the distribution of human destinies.  What do they say in reality?  When the planets cross in the signs of the Zodiac, certain figures formed by their meeting give birth to certain destinies, and others produce different destinies.

Perhaps for clearness sake it is not useless to enter into more detail about this vain science.  I will say nothing of my own to refute them; I will use their words, bringing a remedy for the infected, and for others a preservative from falling.  The inventors of astrology seeing that in the extent of time many signs escaped them, divided it and enclosed each part in narrow limits, as if in the least and shortest interval, in a moment, in the twinkling of an eye,1584 to speak with the Apostle, the greatest difference should be found between one birth and another.  Such an one is born in this moment; he will be a prince over cities and will govern the people, 85in the fulness of riches and power.  Another is born the instant after; he will be poor, miserable, and will wander daily from door to door begging his bread.  Consequently they divide the Zodiac into twelve parts, and, as the sun takes thirty days to traverse each of the twelve divisions of this unerring circle, they divide them into thirty more.  Each of them forms sixty new ones, and these last are again divided into sixty.  Let us see then if, in determining the birth of an infant, it will be possible to observe this rigorous division of time.  The child is born.  The nurse ascertains the sex; then she awaits the wail which is a sign of its life.  Until then how many moments have passed do you think?  The nurse announces the birth of the child to the Chaldæan:  how many minutes would you count before she opens her mouth, especially if he who records the hour is outside the women’s apartments?  And we know that he who consults the dial, ought, whether by day or by night, to mark the hour with the most precise exactitude.  What a swarm of seconds passes during this time!  For the planet of nativity ought to be found, not only in one of the twelve divisions of the Zodiac, and even in one of its first subdivisions, but again in one of the sixtieth parts which divide this last, and even, to arrive at the exact truth, in one of the sixtieth subdivisions that this contains in its turn.  And to obtain such minute knowledge, so impossible to grasp from this moment, each planet must be questioned to find its position as regards the signs of the Zodiac and the figures that the planets form at the moment of the child’s birth.  Thus, if it is impossible to find exactly the hour of birth, and if the least change can upset all, then both those who give themselves up to this imaginary science and those who listen to them open-mouthed, as if they could learn from them the future, are supremely ridiculous.

6.  But what effects are produced?  Such an one will have curly hair and bright eyes, because he is born under the Ram; such is the appearance of a ram.  He will have noble feelings; because the Ram is born to command.  He will be liberal and fertile in resources, because this animal gets rid of its fleece without trouble, and nature immediately hastens to reclothe it.  Another is born under the Bull:  he will be enured to hardship and of a slavish character, because the bull bows under the yoke.  Another is born under the Scorpion; like to this venomous reptile he will be a striker.  He who is born under the Balance will be just, thanks to the justness of our balances.  Is not this the height of folly?  This Ram, from whence you draw the nativity of man, is the twelfth part of the heaven, and in entering into it the sun reaches the spring.  The Balance and the Bull are likewise twelfth parts of the Zodiac.  How can you see there the principal causes which influence the life of man?  And why do you take animals to characterize the manners of men who enter this world?  He who is born under the Ram will be liberal, not because this part of heaven gives this characteristic, but because such is the nature of the beast.  Why then should we frighten ourselves by the names of these stars and undertake to persuade ourselves with these bleatings?  If heaven has different characteristics derived from these animals, it is then itself subject to external influences since its causes depend on the brutes who graze in our fields.  A ridiculous assertion; but how much more ridiculous the pretence of arriving at the influence on each other of things which have not the least connexion!  This pretended science is a true spider’s web; if a gnat or a fly, or some insect equally feeble falls into it it is held entangled; if a stronger animal approaches, it passes through without trouble, carrying the weak tissue away with it.1585

7.  They do not, however, stop here; even our acts, where each one feels his will ruling, I mean, the practice of virtue or of vice, depend, according to them, on the influence of celestial bodies.  It would be ridiculous seriously to refute such an error, but, as it holds a great many in its nets, perhaps it is better not to pass it over in silence.  I would first ask them if the figures which the stars describe do not change a thousand times a day.  In the perpetual motion of planets, some meet in a more rapid course, others make slower revolutions, and often in an hour we see them look at each other and then hide themselves.  Now, at the hour of birth, it is very important whether one is looked upon by a beneficent star or by an evil one, to speak their language.  Often then the astrologers do not seize the moment when a good star shows itself, and, on account of having let this fugitive moment escape, they enrol the newborn under the influence of a bad genius.  I am compelled to use their own words.  What madness!  But, above all, what impiety!  For the evil stars throw the blame of their wickedness upon Him Who made them.  If evil is inherent in their nature, the 86Creator is the author of evil.  If they make it themselves, they are animals endowed with the power of choice, whose acts will be free and voluntary.  Is it not the height of folly to tell these lies about beings without souls?  Again, what a want of sense does it show to distribute good and evil without regard to personal merit; to say that a star is beneficent because it occupies a certain place; that it becomes evil, because it is viewed by another star; and that if it moves ever so little from this figure it loses its malign influence.

But let us pass on.  If, at every instant of duration, the stars vary their figures, then in these thousand changes, many times a day, there ought to be reproduced the configuration of royal births.  Why then does not every day see the birth of a king?  Why is there a succession on the throne from father to son?  Without doubt there has never been a king who has taken measures to have his son born under the star of royalty.  For what man possesses such a power?  How then did Uzziah beget Jotham, Jotham Ahaz, Ahaz Hezekiah?  And by what chance did the birth of none of them happen in an hour of slavery?  If the origin of our virtues and of our vices is not in ourselves, but is the fatal consequence of our birth, it is useless for legislators to prescribe for us what we ought to do, and what we ought to avoid; it is useless for judges to honour virtue and to punish vice.  The guilt is not in the robber, not in the assassin:  it was willed for him; it was impossible for him to hold back his hand, urged to evil by inevitable necessity.  Those who laboriously cultivate the arts are the maddest of men.  The labourer will make an abundant harvest without sowing seed and without sharpening his sickle.  Whether he wishes it or not, the merchant will make his fortune, and will be flooded with riches by fate.  As for us Christians, we shall see our great hopes vanish, since from the moment that man does not act with freedom, there is neither reward for justice, nor punishment for sin.  Under the reign of necessity and of fatality there is no place for merit, the first condition of all righteous judgment.  But let us stop.  You who are sound in yourselves have no need to hear more, and time does not allow us to make attacks without limit against these unhappy men. 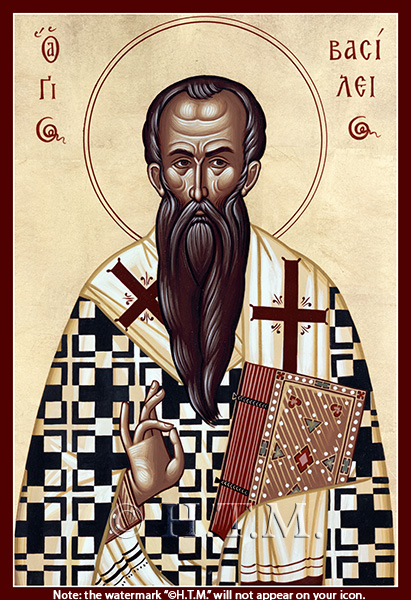 Anathema to the Union!
Posted by Walt Garlington at 6:11 PM