We have seen some of the parallels between the world of Tales of Symphonia and our own that the game’s creators have put before our eyes, but we have saved an important one, the geopolitical messaging, to be analyzed apart from the rest at greater length.

We will begin by noting what seems to be a completely pointless line by a non-playable character in Meltokio Castle.  He says when spoken to, ‘Do you know what ‘Game Theory’ is?’ or something to that effect.  But far from being a throw-away line, it will lead us into one of the main themes of ToS, and one of the main strategies for domination by the NWO Elite:  dialectical tension and conflict.

Like the A.I. characters in your typical Xbox or PlayStation video game, the choices made by human actors in concert with artificial programs is very valuable data. Valuable, not in the pseudo-market of “BigData,” but for future predictive war gaming. Indeed, video games themselves were a product of this same Pentagon, game theory/war gaming complex.  And just as the Internet was developed for cryptology and then released on the public as a massive surveillance Psy Op, so was the video game developed for militaristic training and released to entrap youthful generations in the rising virtual gulag.

In World War II and during the Cold War, Numbers Stations broadcast secret information between spies and headquarters, as we said, yet now the playing field has changed.  Researchers still spend time trying to crack Numbers Stations SIGINT, yet there is a deeper message here – we are all carrying portable Numbers Stations in our pockets with our iPhones and Sony cellular devices.  As millennials drift away into virtual worlds of Candy Crush and online Xbox planes of the synthetic, the great game is become the great video game, where quantified numeric reductionism becomes the unreal real:

“Game theory is a metaphysical doctrine, i.e. its ambition is to encompass everything, both the nature of man and the nature of universe. And there is a one special rule to every game of metaphysics, namely this: when the abstract and esoteric professional language of science is put aside, the game is potentially understandable to all parties – both those who are playing and those who are being played. It is an unspoken rule, an ancient assumption of all world-view con-games: in order for half-truth to hold sway over everybody, it must be spoken in common language. So let us examine, aided by some elementary concepts, what game theory is exactly and what it means for someone who is not a player, only played.”

A half-truth holding great sway over the West today, fed to them daily by the news media of left and right, is that the ‘free West’ faces an existential threat from the ‘totalitarian East’: China, North Korea, Iran, Islamic terrorists, and, most threatening of all they are told, Russia.  This message is reinforced cryptically in the plot of ToS.

The game opens in a world with names, architecture, etc. that are quite Western.  The world is named Sylvarant, a variant of the Latin for forest, sylvanus.  Palmacosta is a major city in this world and also betrays a Spanish/Latin word origin.  Lloyd Irving and Collette Brunel are rather English and French sounding, respectively. 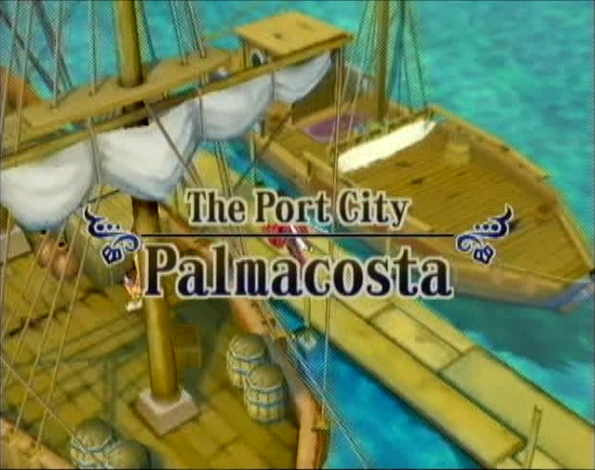 Meanwhile, in the world of Tethe’alla, the names and architecture are quite Eastern or Oriental.  A major city is named Meltokio; there are the Fooji Mountains; as well as a little village name Mizuho (all reminiscent of places and words in and from Japan).  One of the main characters from this world is named Sheena Fujibayashi. 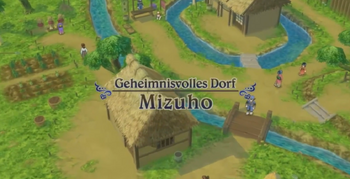 The two worlds were originally two separate, powerful countries in one world.  They were split into the two worlds by one of the Cruxis founders, Mithos, and manipulated for generations subsequently to serve the ends of Cruxis:  The two worlds were placed in a never-ending opposition to one another.  As the life-force, mana, was drained from one world, it would flow into and strengthen the other in order to prevent the amount of mana from drying up.  At the end of the game, the solution to this antagonistic situation is to merge the two worlds into one again.

As we said, this strategy of engineered dialectical tension is at work in the real world today (http://katehon.com/article/dear-russia-enemy-not-partner).  The Elite for quite some time have been hard at work creating an irresolvable crisis between East and West - Charlemagne vs. the ‘Greeks’, the Crusades against Muslims and the Orthodox East, the West vs communism and modern Islamism (both funded by the Elite).  Now it is the West vs a resurgent ‘neo-Soviet’ Russia, and Ambassador Haley has lately floated the idea that Russia is at war with the States:
http://www.newsweek.com/russia-committed-act-war-election-interference-nikki-haley-says-688518

And the solution of the Elite to this artificial problem of their making is the same as that presented in ToS:  merge the two together, through a violent conflict if necessary, so that there will be as few distinctions and as much confusion as possible in the world.  This strategy is being put into effect in Western Europe where millions of African and Middle Eastern immigrants have settled thanks to wars manufactured by the Elite, welfare handouts, loose borders, etc.  But the final, all-encompassing jumbling of East and West will likely be caused by another great world war, which will be the prelude to a single world government:

But what would be the catalyst that would draw the world and the Antichrist together?

Several twentieth Century Russian Orthodox staretzii (Holy Spirit-filled elders)—such as St. Lavrenty (Laurence) of Chernigov (†1950), St. Seraphim of Vyritsa (†1949), and St. Paisios of Mt. Athos (†1994)—believe that the world will yet again be embroiled in another huge global war, which will remove peace from the earth. They suggest that such international turmoil will be the motivation for the citizens of the world to seek an ultimate political peace-maker who will unify them in an effort to bring peace back again into the world. As Jesus stated, when describing the world situation just prior to the End, that first there will be “wars and rumors of wars” (Matt. 24:6). The Book of Revelation opens with a colossal war (chapters 6-9). The Antichrist will make his appearance on this troubled world scene and offer peace on earth. He will entice and seduce the world with the help of demons. “He will offer a plan for the successful resolution of the world crisis, based on social and political wisdom—the establishing of a uniform political and social structure over the whole world”—in other words, a single government for the whole world with himself as the king.4

But there is a glimmer of hope.  The Elite, being in league with the Devil and the demons, act the same way they do.  They are selfish and hateful, and thus there are factions.  In ToS, we see this allegorized with Yuan and Rodyle rebelling against Cruxis in their own ways for their own reasons.  In the real world, there are some globalists who want to move quickly and openly advocate internationalism, and some who want to move more slowly using the old nation-state model.  Everyone got a good look at the factional infighting recently when former Pres George W. Bush, the internationalist, criticized Pres Trump and his nationalist wing of the Elite.

As ToS closes, the great tree from which mana never ceases to flow is revived and the world begins to heal.  Likewise, it is the hope of the Orthodox that there will be one last raising of the Holy Tree of the Cross over the whole world before the reign of Antichrist, and that the Grace of God streaming from it will bring many to salvation.

Let us today with pure mind and devout intent worship the life-bearing Cross of the Lord; for it is set forth granting to those who approach it sanctification and salvation, illumination, glory and mercy.

The life-giving Cross set forth and contemplated sends out a beam of grace formed of light. Let us draw near and receive enlightenment of joy, salvation and forgiveness, as we bring praise to the Lord.

A strange sight is set forth for those who watch, the precious Cross; and like a source it pours out spiritual gifts of grace, brings sins to an end, abolishes diseases and strengthens the thoughts of those worship it sincerely.

Fair beyond sapphire and gold, bright as the sun you are, divine Cross, lying circumscribed by place and ever manifestly surrounded by spiritual Powers, yet enlightening every part of the inhabited world with rays of the divine power.

The Cross is the harbour of the storm-tossed, guide and support of the wandering, glory of Christ, strength of Apostles and Prophets, boast of Champions, refuge of all mortals. As we all see it set forth in the midst, we greet it with loving devotion.

When you are about to come on earth to judge the world which you fashioned, Lord, with the Angelic hosts marching ahead and the Cross shining out more brightly than the beams of the sun, take pity on me by its power and save me who fallen more than all mortals.

Anathema to the Union!
Posted by Walt Garlington at 6:07 PM